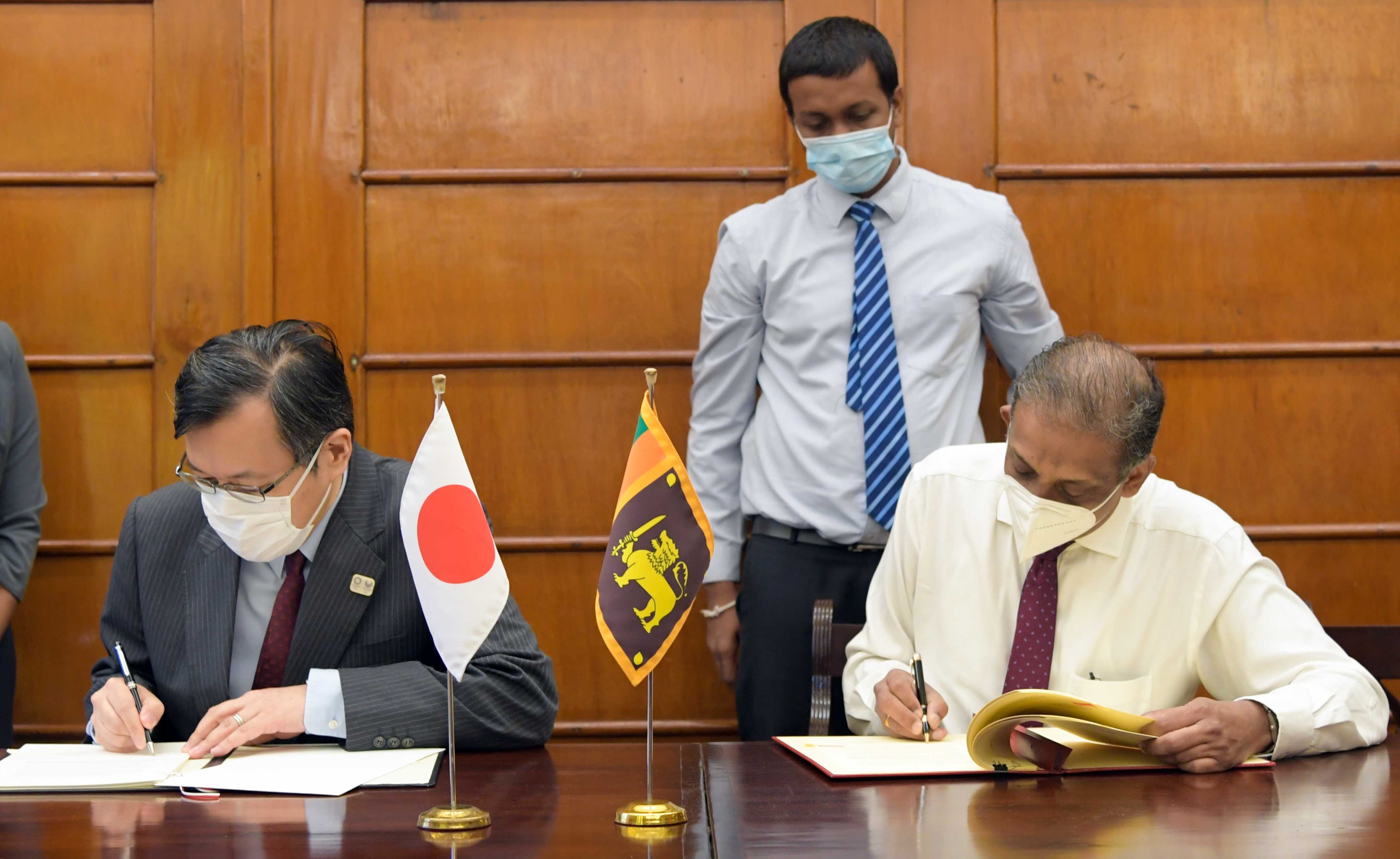 The Government of Japan has provided grant aid worth Japanese Yen 200 million (approximately Rs. 345 million) to strengthen the Anti-illegal Drug measures of the Government of Sri Lanka. The Exchange of Notes for the above grant aid was signed between H.E. SUGIYAMA Akira, Ambassador of Japan to Sri Lanka and Mr. S.R. Attygalle, Secretary, Ministry of Finance, Economic and Policy Development on 13th July, 2020 at the Ministry of Finance, Economic and Policy Development.

The prevalence of drugs related activities in Sri Lanka has hiked in recent years and has been recognized as an emerging social problem. Drug abuse is associated with organized crime and the underworld activities and has a significant negative impact on individuals and society as a whole.

Under this project, the latest equipment manufactured by Japanese enterprises will be provided to strengthen the capacity of Sri Lanka Police to investigate drug trafficking and to detect motorists under the influence of drugs. This includes the GC–MS (Gas Chromatograph Mass Spectrometer) which analyze the identification of drugs, narcotic and explosives, Mobile X-Ray Scanners which scrutinize suspicious items, and Handy-type Raman spectrometers which uncover narcotics, drugs and explosive traces.

Through this assistance, the Government of Japan will contribute to tackling the growing challenges of drug menace and eradicating drug smuggling and drug trafficking in Sri Lanka to build a healthy and secured nation free of drugs for future generation.