2020/2/15
“The Ambassador of Japan Karate Championships 2020” organized by the Embassy of Japan in Sri Lanka in collaboration with the Sri Lanka Karate-Do Federation was held at the Sugathadasa Indoor Stadium on Saturday, 15th February 2020. The tournament was conducted in commemoration of Tokyo Olympic and Paralympic Games which is scheduled in Japan this summer, in where Karate has been listed as an official sport of the Olympic for the first time. Over 3,000 Karate practitioners from different clubs across the island eagerly participated in this first-ever “Ambassador Cup” in Sri Lanka, which styled in performing “kata”, while demonstrating wide popularity of Karate in the country. The winning clubs were awarded in the respective categories listed below; 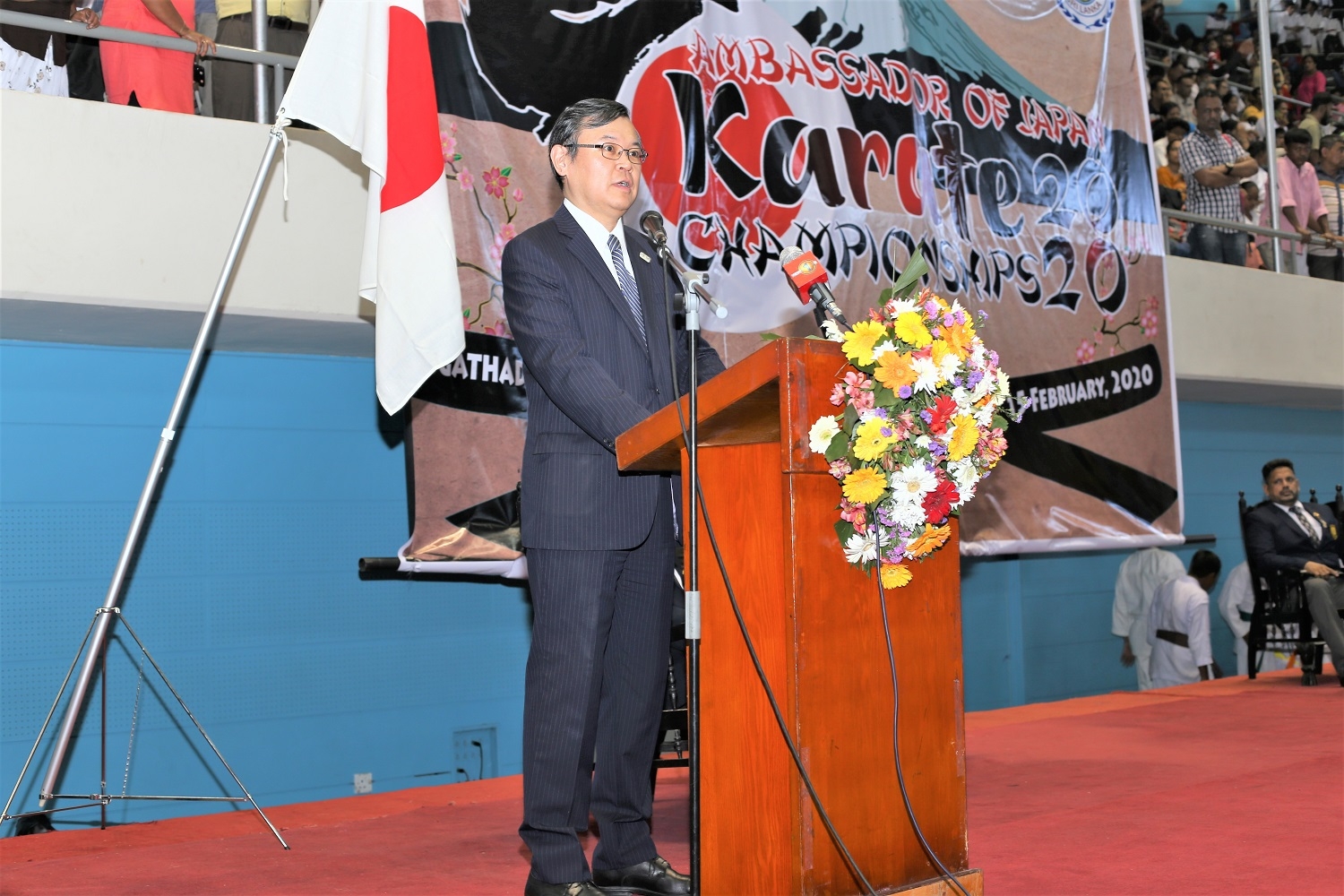 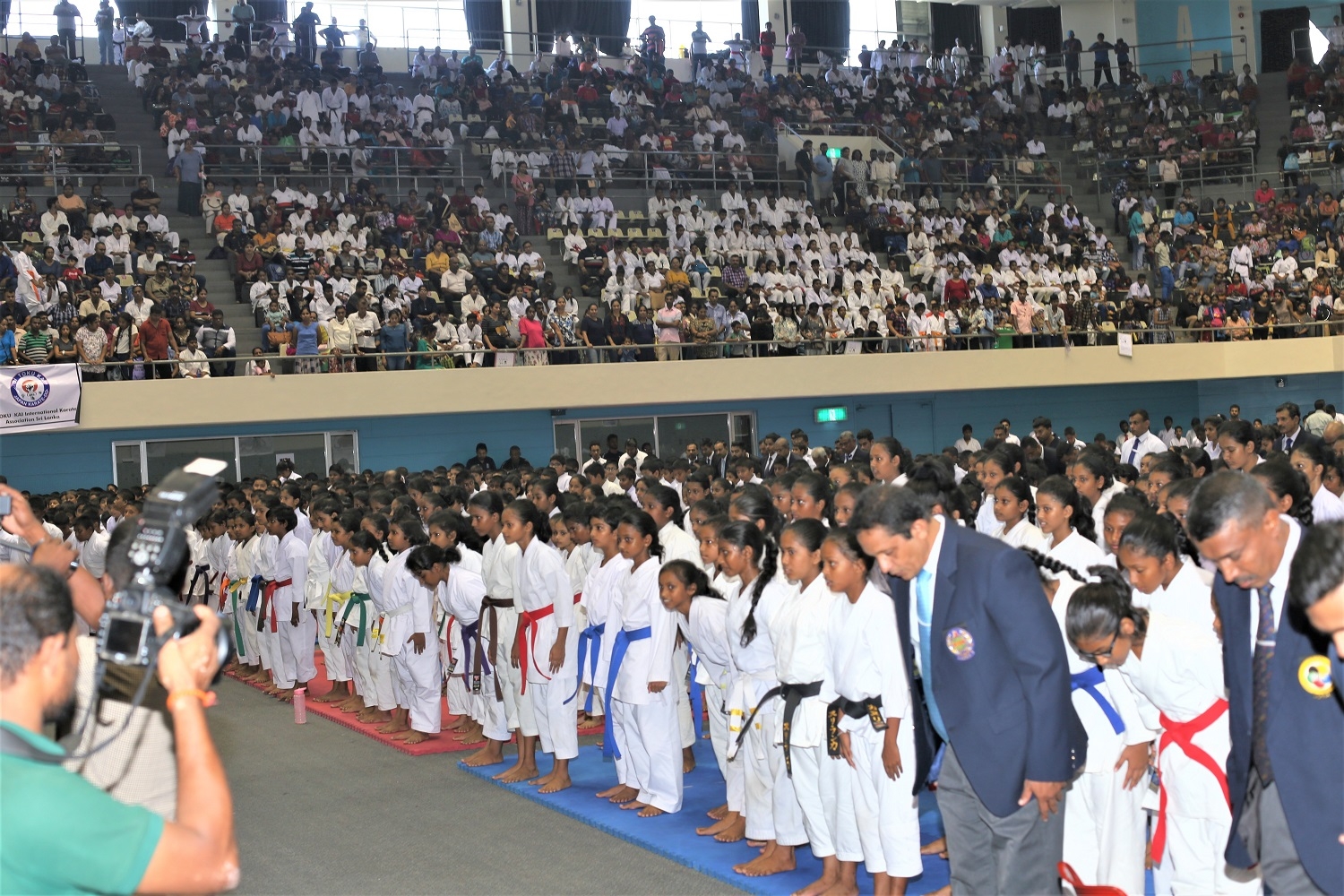 In the interval of the Karate Championships, a special ceremony to confer the prestigious “Japanese Foreign Minister’s Commendation” on Mr. Sisira Kumara, President of the Sri Lanka Karate-Do Federation, was held at the Sugathadasa Indoor Stadium where Ambassador SUGIYAMA Akira, on behalf of the Government of Japan, handed over the certificate of commendation to Mr. Kumara while expressing his deep appreciation for making Karate one of the most popular sports in Sri Lanka. Over four decades, Mr. Kumara has been working strenuously to increase the number of Karate practitioners from both rural and urban settings, which now stands over half a million with many young boys and girls actively taking part. Originated in Japan, Karate cultivates both inner quality and physical skills simultaneously, which benefits healthy development of mind and body. Mr. Periyasamy Pillai Selvaraj, Additional Secretary of the Ministry of Foreign Relations attended the ceremony as a chief guest while Mr. Suresh Subramaniam, President, National Olympic Committee of Sri Lanka graced the occasion, amongst others.