2020/2/20
On 20th February 2020, the National Day Reception of Japan, which is to celebrate the Birthday of His Majesty the Emperor, was held at the official residence of Ambassador of Japan in Sri Lanka.

Following the accession of His Imperial Highness the Crown Prince Naruhito to the Throne as the 126th Emperor of Japan on 1st May 2019, His Majesty’s birthday, February 23rd, has been designated as the national day of Japan. H.E. SUGIYAMA Akira, Ambassador of Japan in Sri Lanka expressed his special joy and honour of offering sincere prayer for good health and happiness of His Majesty as well as prosperous and ever-lasting friendship between Japan and Sri Lanka with the blessing of the distinguished guests. 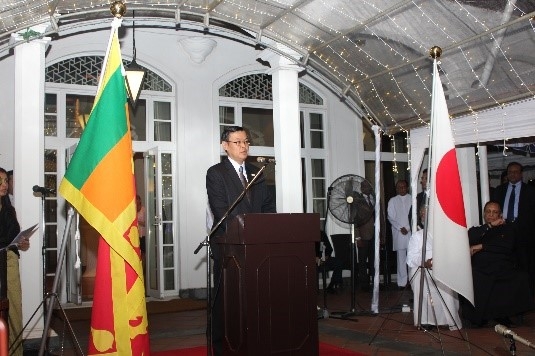 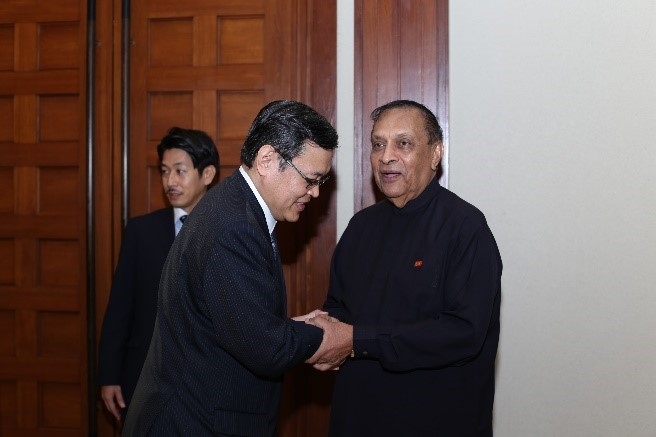 Upon the accession of His Majesty the Emperor commenced the new Japanese era of “Reiwa” meaning “beautiful harmony”. While pronouncing that Japan-Sri Lanka relations shall also be guided by this noble aspiration of new era, Ambassador SUGIYAMA solemnly resolved to make every endeavor towards further promoting the friendly relationship between Japan and Sri Lanka. 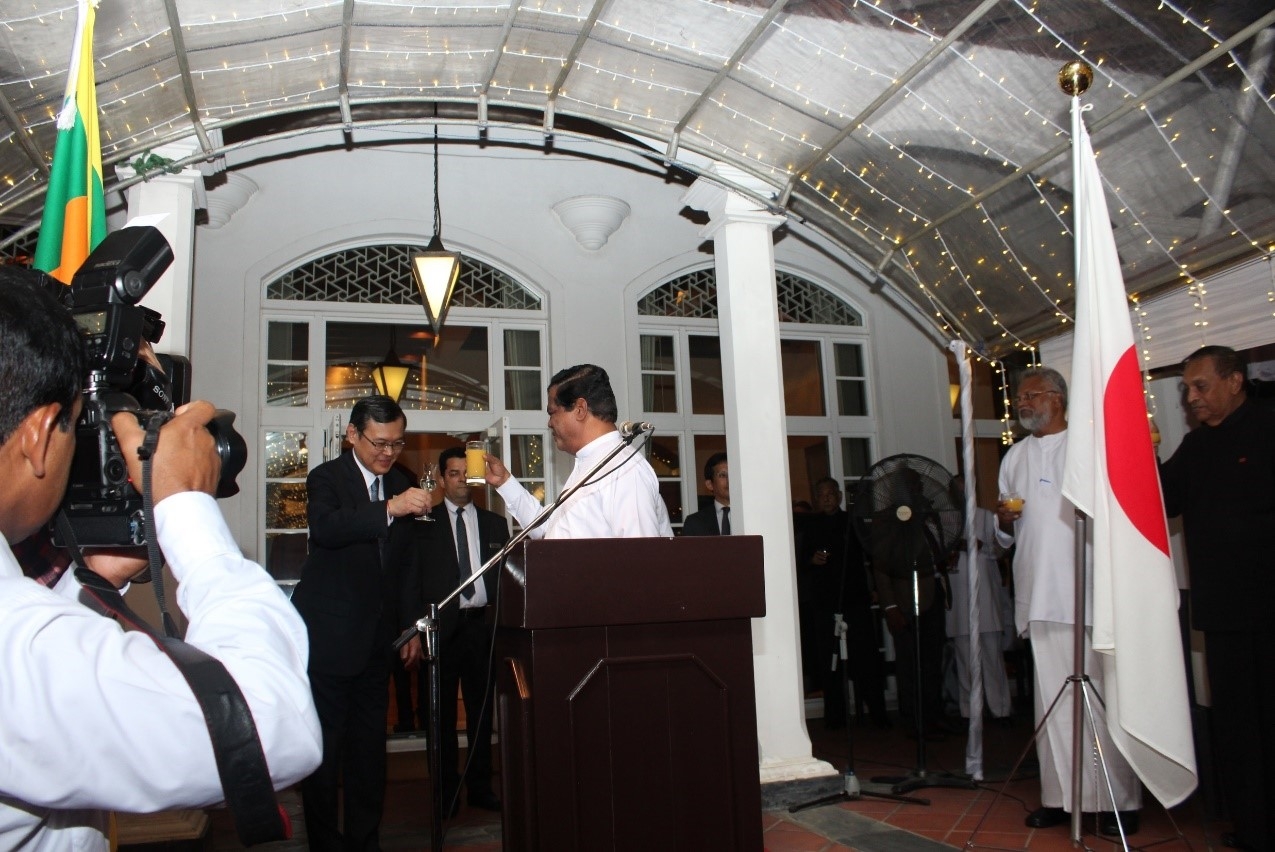 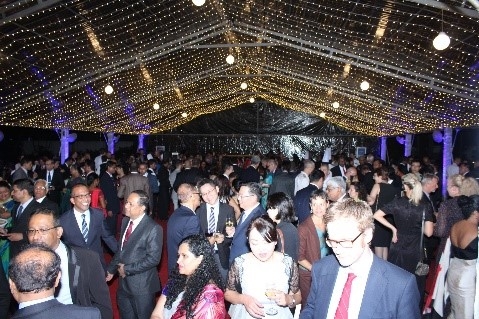